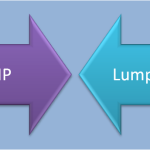 There have always been a debate on which is a better way for investment in Mutual Fund – Lump sum or Systematic Investment Plan (SIP). Actually the answer to this is not easy and it depends on the time frame we are looking at. There have been some phases where SIP has outperformed while at other times lump sum investment has done better. We have picked up 5 different situations of Indian Stock market since year 2000.

Here are some Assumptions:

The loss in case of SIP is lower than Lump sum investment. So SIP wins in case of Constant Declining Market.

SIPs yield the best results if the market falls initially and recovers subsequently. The SIP investor gains because he gets to buy at lower levels.

If the market rises initially and then declines sharply, the SIP investor will suffer bigger losses than lump sum investor.

The SIP route works well in volatile market, especially if the market breaks out and rises. The lump sum investor would gain too but marginally.

How to use the above information?

If you check Sensex since 1988, you would find that markets are volatile most of the time and remains flat. So its good idea to invest through SIP. Whenever the market corrects sharply and becomes under valued, you should invest some amount in lump sum. This would give a kicker to your portfolio.

SIP Vs. Lumpsum – Which is the Best way to Invest in Mutual Fund?

The website is not affiliated to any company, agent or brokers for selling/ recommending investments. All the information in the blog is for educational and informational purpose only. Please consult a qualified financial planner and do your own due diligence before making any investment decision.